"We thought werewolves were the worst of our problems—until the witches came to town."

WitchHunt is unique in that not only do all players get a simple unique role, but dead players still make important decisions and play an active role in the game. This means WitchHunt has the classic paranoia of a gradually shrinking group of players, but without the obnoxious player elimination!

See what fans say on BoardGameGeek! 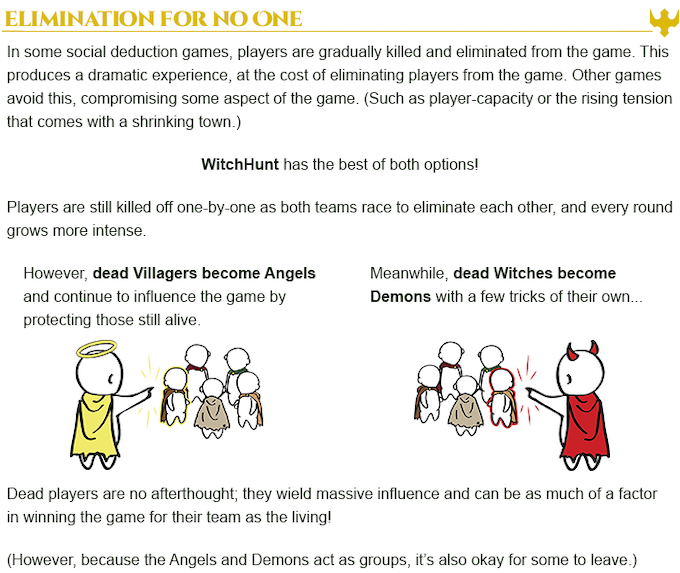 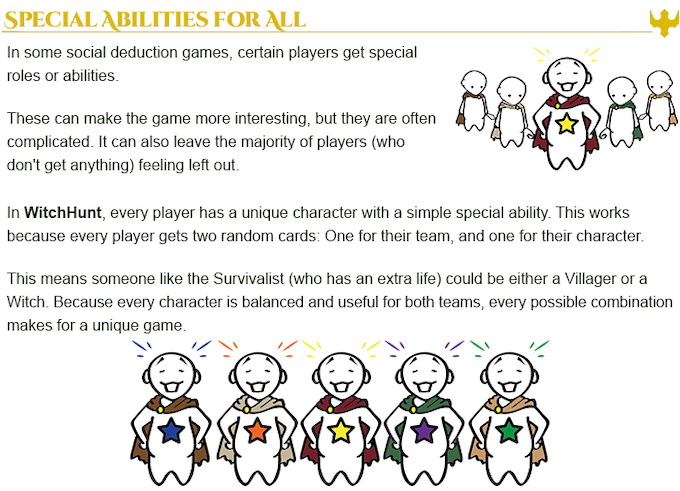 "A wonderful night of lying to your friends!" - James Portnow, writer of Extra Credits, Seattle

"In my 200+ games of WitchHunt, I've never seen two games play out the same way, or begin the same, or even have the same exchange of pregame witty banter and triple-bluff confessions." - Josh Little, St. Louis